In a recent newsletter "Electronic Medical Records in Gemba," I addressed some downsides to electronic medical records as they distract physicians from their patients. This was to be traded off against lower medical costs, it was explained generally by those in the industry.

Well, it turns out that may not be true either. 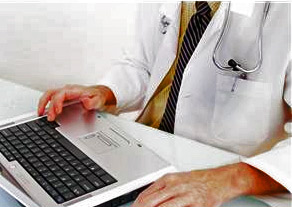 In a September 21 2012 article in the New York Times by Reed Abelson, Julie Creswell, and Griffen J. Palmer, "Medicare Bills Rise as Records Turn Electronic," it is reported that U.S.'s Medicare (healthcare after 65) and private insurers are now paying hospitals and physicians more, even if they do not provided additional care.

Healthcare providers explain this as more accurate billing and increased demand, but the Office of the Inspector General of Health and Human Services Department of the U.S. Government claims that "cloning" patient histories from one patient record to others, allows for physicians to appear to be conducting more thorough exams than were actually performed. Electronic coding of treatments also allow "upcoming" in order to receive a higher rate of reimbursement.

In the current political race for president of the United States, the issue of government policy and healthcare is top and center. While few would disagree that healthcare is expensive and access is inconsistent, the role of government in assuring quality and fairness is a concern. Especially if the cure is worse than the disease!

Laundry detergent pods mistaken for toys as well as candy

In a recent blog "Design for Safety? The dirty laundry of NPD!", I wrote how dangerous the new laundry detergent pods are for small children because they look like colorful jelly candy and are packaged in clear "candy jar" container that is a magnet for a child's attention.

I thought the problem was limited to children ingesting them, but now there are more safety modes to consider.

In a new story on this news video, it seems that just squeezing the pouches like a balloon can cause them to spray out on the child's face and eyes. The pouch's outer skin is thin for easy dissolving in water, and the concentrated chemicals (one small pouch replaces a cup of standard detergent) are so caustic that they can immediately begin burning the lining of the eyes.

While the manufacturers are busy describing the cautionary language on the packaging (which pre-school toddlers can't read), parents are having to choose between laundry convenience and their children's eyesight.

For those of us concerned with product and packaging design, I again urge a safety mode and effects analysis akin to FMEA ((Failure Modes and Effects Analysis). Sure, we can blame the customer, but that does not build business and trusting relationships. As companies go global with their products, we have to consider the context not only of our familiar homes, but the different use modes and environments of the global customers to whom we wish to sell.


PS: You may also need a better RPN calculation when designing for a black swan event. See "How To Handle VOC Issues — Lessons from Japan crisis: Anticipating Improbables with Irreversible Consequences" 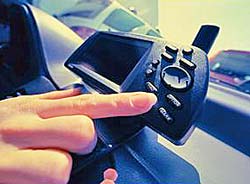 In a study by Barry Brown of the Mobile Life Center in Sweden, “The Normal Natural Troubles of Driving With GPS,” global positioning system failures were often found to be the result of driver errors, such as wrong inputs, misreading display, etc.

The study is cited in a recent New York Times article by Randall Stross, a business professor at San Jose State University,  that concludes that no technology will ever eradicate this human error.

The article described Dr. Brown's field study of installing video cameras in test vehicles to capture the GPS instructions, drivers' responses, and conversations when things went wrong. In QFD, we call this "going to gemba" or the place where unscripted user behavior reveals the real truth about customer needs. Gemba visits should be done prior to development to gain knowledge, as well as during design to test and validate solutions.

The conclusion by Dr. Stross reminded me of Dr. Noriaki Kano's model of Attractive Quality Creation, where he introduced the concept of exciting and expected quality. QFD users, of course, are very familiar with the classical Kano model as well as the QFD Institute's modern New Kano Model. 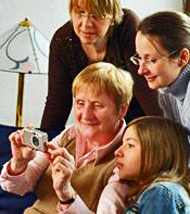 Dr. Kano cites one of his early experiments with Mr. T. Yoneyama of Konica, the Japanese camera company that later merged with Minolta.

In their study at film processing and photograph printing labs (also a gemba), they noticed that the largest number of poor quality pictures were those that were out of focus or under exposed. These problems were operator error, not mechanical failures of the camera. Most of these photographs were taken by amateurs who did not have the professional skills to adjust the camera properly, but never complained to the lab or to the camera maker.

Like in the GPS study, Konica could have just blamed the unskilled customers. But with Dr. Kano's guidance, they did something different – they introduced the built-in auto flash in 1974 and the auto focus in 1977, thus revolutionizing the amateur and later professional camera industry.

In other words, if products or services fail to satisfy, makers should adopt this attitude that their design is at fault, not their customers. Positively stated, these failures are actually opportunities to create exciting products with disruptive technologies.

Design for Safety? The dirty laundry of NPD!

I don't get to the supermarket as often as I should. But when I do, my eyes cast around for lost opportunities for product improvement.

On a recent shopping trip, I happened by the laundry detergent shelf and my eyes were drawn to a large, clear plastic container that contained small, 3/4" diameter colorful balls of laundry detergent.

You drop these detergent balls into the washing machine according to the amount of clothes and without the trouble of accurate measure or the mess of spilled powder. The container design was such that anybody could easily open it with one hand, which I guess is handy if you have the other arm full of dirty clothes.

What struck me immediately was that these colorful balls looked like candy in a candy jar that any child could open, and then put in their mouth. 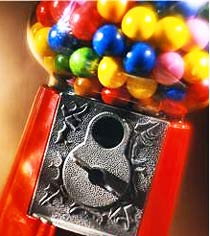 How could a company that caters to families and household cleaning products (and also some snack foods), design something with such potential risks of a child eating laundry soap thinking it was a cookie? Certainly, this must have been thoroughly tested.

A quick Internet search on the smart phone told otherwise. Just three weeks earlier, in fact, a news report indicated that across the U.S., as many as 10 emergency calls were being made to the Poison Control Center each day regarding this product. Small children were "vomiting, wheezing and gasping" within minutes of biting into the detergent balls.

The manufacturer's response was  “We encourage consumers to keep the products out of the reach of children as with any household chemical.”

So what's the QFD connection?

Just like reliability, safety is a critical design element. Danger Mode and Effects Analysis should be a part of Safety Deployment in your QFD analyses. For users of Modern QFD, this means there should be a section in the Maximum Value table that addresses product and package safety concerns associated with critical customer needs.

For users of Classical QFD matrices, this means a Safety Deployment consisting of one or more matrices to identify and prioritize potential danger modes for additional study.