When your EOB becomes an SOB!

When is information from a service provider (or any vendor) too little or too much? I'd like to share a recent experience with my health insurance company.

When It Is Too Little.
My university offered me health insurance on an "opt-out" basis, meaning I was included unless I chose not. The insurance would only covered me and not my family, so I did not want it. I missed the opt-out deadline, and unbeknown to me, I was added to the university policy, which used the same health insurance company as my family policy.

This insurance company, seeing two policies under my name, automatically dropped my family policy. They did not call me, they did not write me; they just sent me a refund check in the mail.

When I received the check, I called them to find out why – it was a refund of my family policy which has been in place over decades with no lapse in premium payment, and yet they decided to cancel it without ever asking me. Stunned and outraged, I had to buy a separate "bridge" policy for my family from a different insurance company.

Eventually I was able to reinstate my cancelled family health insurance policy and get off the university plan, but it took a month of calls to both the insurance company and university and dealing with their bureaucratic processes before finally getting things straighten out.


When It Is Too Much. 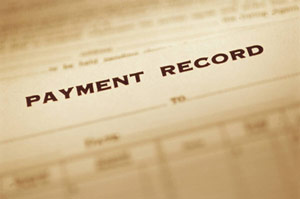 Yesterday, my insurance company just sent me a revised EOB (explanation of benefits), about a hospital treatment from a few months ago, for which they had already reimbursed since then. I have the original hospital bill as well as the first EOB showing a balance of $0.00.

However, the revised EOB I just received indicated that nothing had been paid to the hospital and that I was responsible for the full amount (it was expensive!).

Then, the insurance company paid the hospital the lower amount, and issued a "revised, revised EOB" showing that my balance was now $0.00 again. This revised, revised EOB will be mailed to me next week, they tell me. How confusing!

In other words, in this case the insurance company, for some internal reason, decided to write to me the intermediate information that I did not need to know. Because of this intermediate and incomplete information, I became very worried and spent a lot of time, trying to find out what happened. It would have been better had they told me nothing and just handled the transaction between the hospital and the insurance company. SOB!