How to calculate customer value

Value to a customer = what he gets / what he gives. 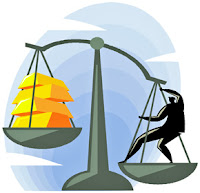 We make a sale when this number is >1. Both the numerator and denominator are in the customer's domain; they determine what they get — benefit, and what they pay — price, effort to use, risk of change.

The problem with many quality methods is that they focus on what companies give — product and features, and not on what customers get — value and benefit.

That is why QFD is an essential tool. It is the best method I know that can link together the customer benefit and the product features, thus assuring that developers focus first and best where it matters most to the customer.

The trick is to understand what your customers want to get and what they will pay BEFORE you design. That way you don't have to keep fixing things later. Traditional House of Quality assumes you have complete and accurate customer needs. My 27 years of QFD experience tells me otherwise. You must go deeper than what customers tell you if you want a competitive advantage. This is what the modern Blitz QFD® tools do.

What does Akao say? Mu!

I'd like to add a 4th Mu to the list – Muchakucha ムチャクチャ meaning horrendous, reckless, confused and messy, and mad. In other words, don't blindly follow what others do.

There has been much discussion in the lean and six sigma communities that, like TQM a few years ago, these quality initiatives have become too vanilla flavored and over hyped to the point of diminishing returns. This is the result of failing to custom tailor the tools and training to the cultural DNA of the organization.

Our QFD community faced this problem early on when House of Quality (the tool) became synonymous with QFD (the process). Companies in every industry copied the truncated 4-house auto parts model, became overwhelmed by its simultaneous complexity (takes too much time) and simplicity (doesn't address my problem), and quickly burned out. By the mid-1990s, Dr. Yoji Akao was sufficiently worried that QFD would be abandoned, and he asked the QFD Institute to find a way to make QFD more adaptable and faster.

The result was the Blitz QFD® approach which now precedes and can sometimes replace the House of Quality and subsequent matrices. It is highly scalable and adaptable, and is the core of what we now teach in the QFD Green Belt® and QFD Black Belt® courses.

Now, specifically to the LinkedIn poll question: Profit is the difference between revenue and cost. The Lean and six sigma community focus on the cost side – remove waste, improve productivity. There is a limit, though, on cost reduction. Theoretically, once you reach zero cost, where can you go?

QFD, on the other hand, focuses on the revenue side. If we can provide more value to customers by helping them solve their problems, enable their opportunities, and improve their image, then more customers will pay more money for the product or service.  The limit is the size of the global market. Smart customers (the ones you want) won't mind paying 99 cents for one dollar of benefit.

Siri — Far out and far off!

A hilarious thing happened when I was in Orlando, Florida earlier this month, giving the QFD Green  Belt® Course. 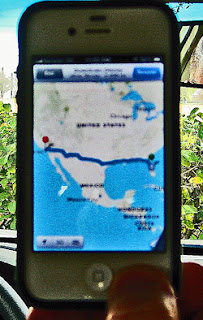 One evening after a day of teaching, some of us decided to go to dinner in Downtown Disney, a popular shopping, dining, and entertainment area located just over 5 miles (8-9 km) from where we were.

Sitting in the rental car in the hotel parking lot, I turned to Siri on my Apple iPhone and asked for the driving directions. I had driven to Downtown Disney two days before, so it should not be a new location to Siri.

What happened next was totally unexpected and perplexing, to say the least. Siri, with her usual serious tone, mapped out a 36-hour drive to Downtown Disney in Anaheim, California, over 2,500 miles (4023 km) away from Orlando, Florida . All passengers in the car burst out laughing.

We gave Siri several more chances to correct herself, specifying “Orlando, Florida,” but each time Siri came back with the same response, generating the driving map across the entire continental America. (the photo above)

DFSS / DFLS and QFD: Why we need both

A recent QFD newsletter discussed the similarities and differences of DFSS/DFLS and QFD and why it is not an "either-or" question but that we need both to deliver business success.

This is because the focus of DFSS (design for six sigma) and DFLS (design for lean sigma) is our internal products and processes, whereas the focus of QFD (quality function deployment) is our customers. The differences between the sigma approaches and QFD are especially notable in these areas:

In short, QFD provides a holistic approach that links business, customer, and technology in one end-to-end trackable flow with the goal of customer value — DFCV (design for customer value). QFD uses quantitative and non-quantitative tools to analyze the unknown unknowns, information that leads to sustainable competitiveness.

DFSS provides a powerful set of statistical and analytic tools that can improve the efficiencies and effectiveness during the build of new products. QFD provides the umbrella of customer value as the driver and DFSS kicks in downstream to assure that solutions are optimally developed. We need both together in order to deliver customer satisfaction and business success.

Here is the detailed comparison of the sigma and QFD approaches and the reasons why we must use both: "DFSS/DFLS and QFD"