For anyone wanting to find out how QFD is used today in real projects, innovative new tools and current best practices, better integration with DFLS and other initiatives, and what international markets are using QFD to their advantage, here are the annual QFD events that are perfect for you:


Registrations for QFD courses will be accepted up to 1 day before the start of the respective courses. The Symposium accepts walk-ins. In any case, we recommend contacting the QFD Institute as soon as you decide, so as to ensure your seat, materials, and meals.

We hope you will be able to join us. 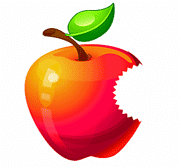 In my opinion, late Steve Jobs was a rare individual who had such an intuitive grasp of the fundamentals of QFD thinking. For example, in the April 1, 1989 interview with Inc. Magazine, he was asked by reporters Bo Burlingham and George Gendron, "Where do great products come from?"

This is what Jobs said:


"I think really great products come from melding two points of view-the technology point of view and the customer point of view. You need both.

"You can't just ask customers what they want and then try to give that to them. By the time you get it built, they'll want something new. It took us three years to build the NeXT computer. If we'd given customers what they said they wanted, we'd have built a computer they'd have been happy with a year after we spoke to them-not something they'd want now..."

Let me put this in QFD perspective.

We see two common flows in the way QFD is practiced: forward and reverse. Forward QFD begins with the voice of the customer which is often a mixture of "what they want," that is product performance, features, and technology. Because customers rarely know what the future may bring, their voice is typically tied to the past or present.

As Jobs points out, the product may be sufficient for the past, but insufficient at the time of launch or during its useful life. You can ask customers what they want as a starting point of a QFD analysis. The tool for this analysis is the Customer Voice table; its purpose is to translate voice of customer (VOC) into true customer needs. In this table, we explore with customers why they want something.

For example, a customer in a café may state "I need a hot cup of coffee," but what they really need is "I am cold and I want to warm up." Using Jobs logic, you could produce a cup of coffee that was too hot to drink, thus forcing the customer to wait until it cooled down. You would give them what they asked (hot), but not really meet their needs (warm up).

In modern QFD, we define a customer need as being product-independent, and that is the first step in creating great product.  Read More ...

Mirror Neurons – the science behind "gemba" ?

Ongoing research in these so-called "mirror neurons" in humans have discovered what might be the root-cause of empathy. When we see someone performing a task, it triggers the same neurons as if had been doing the same task ourselves.

For QFD practitioners, this gives strong support for the power of gemba visits. Unlike surveys and questionnaires which are passive, going to gemba to observe and even participate in activities with our customers, apparently triggers empathy in our brains that may improve how we understand our customers and how we innovate solutions to their problems. Further, this latest research suggests that if we empower the customer to lead the gemba visit, we consequently unempower ourselves, thus improving our ability to empathize.

Wow! I've been teaching "go to the gemba" for twenty years and now have an explanation for why this works so well, especially for bringing marketing and technical people together to better understand customers.

The tools we've developed, which are now core in the Blitz QFD® approach and taught in the QFD Green Belt® course are designed to capture this implicit mirroring process and make it explicit. The result has been more marketing-technical teams attending both public and in-company Blitz QFD® training.

Why not join our next course on September 4-5, 2013 in Santa Fe NM and learn how to put your mirror neurons to good use!

This continues a preview of the upcoming The 19th International Symposium on QFD (ISQFD) on September 6-7 in Santa Fe, New Mexico USA.


QFD for Membership Organizations — Practicing What We Teach 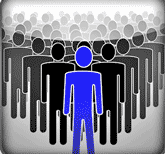 This keynote reports an ongoing QFD initiative at the International Academy for Quality (IAQ), a membership organization founded in 1966 by Dr. Armand Feigenbaum along with European and Japanese quality experts.
The IAQ's growing membership in developing nations means that member needs have to be periodically assessed and incorporated into future activities, beyond its original missions of facilitating an international exchange of quality expertise to promote quality throughout all nations.The keynote will discuss the QFD process being used to reassess current member needs and plan future programs, including the data from member surveys, as well as the results to date and ongoing improvements to the organization. 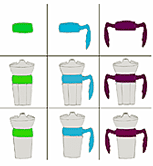 This paper reports how to improve web-based Learning Management Systems (LMS) through integration of the elements of Service Oriented Architecture (SOA) and Quality Function Deployment (QFD). Customer Orientation is achieved within QFD by a systematic approach. Within industrial design, requirements of the customer are also analyzed and deployed with the power of artistic creativity and less with a systematic or qualitative approach. This paper proposes an integration of QFD and industrial design to take advantage of the strength from each method. The presentation will include a case study and a framework for QFD-based Industrial Design.

This academic paper from a Chinese university presents the use of 4-phase model approach and FMEA in order to address the control quality and safety issues associated with China's high-speed rail systems.
The case uses hypothetical scenario and literature sources.

QFD for activating a workplace Ba—Part 2

The various components of QFD draw out member's tacit knowledge through "Ba" (the workplace gemba). In order to achieve this, the "Ba" must be invigorated with changes that encourage the individuals to express and share his/her tacit knowledge. This presentation, a sequel to the author's 2012 presentation, will examine the relationship between QFD and "Ba" from the viewpoint of cognitive engineering and social-psychology, including some examples from the author's company practice.

A Critical Analysis of the Turkish Literature on QFD

This study, based on the published resources produced between 2000 and 2012, provides a holistic picture on the current state of QFD in the Turkish region, both in private industry sectors and academic research field.
Specifically, it identifies the levels of awareness and prevalence of QFD methodology in the region, the purpose for the usage, implementation levels, difficulties, and overall analysis. With economic activities rapidly globalizing and competitive pressure mounting, this knowledge can be the competitive differentiators for the developing nations such as Turkey as they will compete more on the global stage. It also offers academic researchers a solid comprehensive reference on the state of QFD applications and studies in this economically growing region.

This continues a preview of the exciting presentations planned for the upcoming The 19th International Symposium on QFD (ISQFD) on September 6-7 in Santa Fe, New Mexico USA.

The traditional function/regression tests following the design specification do not adequately ensure software quality, due to the evaluation complexity posed by various input-device software such as USB, wireless communication device, sensor, LCD display technologies, etc. This presentation, by a worldwide leader of graphic tablets, will show a better method for evaluating and analyzing software defects by correctly assessing the symptoms of the original causes of failures and then identifying the relationships between the operations and subjects through the use of the function deployment tables and state transition tables.

Improvement of University e-Portfolio System in Consideration of Students' Demands

Using a QFD approach, demand analysis and factor analysis were performed for the successful introduction of the e-Portfolio system in a public university in Japan.By analyzing the students' demands and factors of an existing software, the researchers were able to turn the e-Portfolio system software into an information infrastructure that can be fully utilized by students for their study, helping them complete their own study plan efficiently.

Some 20 years ago, the clothing manufacturers in Hong Kong only had to deal with the sewing or knitting of the samples for fashion designers.
Today they are expected to provide technical design services as well as sample development process. The increasing degree of abstractness and the shift from quantitative to qualitative nature of technical data have created many communication problems. This paper will identify the areas in which QFD can help Hong Kong clothing manufacturers in their development and design activities, while also outlining the effective QFD approaches.

Global QFD — From Japan to the World

Since its conception in Japan in 1966, QFD continues to advance and spread across the world. In this keynote, the global history of QFD will be presented by a founder of the methodology.

The talk will share the inaugural training and projects that Dr. Akao was personally involved in each country, such as South Korea (1981), Taiwan (1882), USA (1983), Italy (1988), and many more. Businesses with international operations may gain an unusual insight into how their overseas competitors might be using QFD in what levels and which regions to look out for in the future.