In 2007 International Symposium on QFD, a case study was presented involving the development of a finger vein authentication device for the financial and security industries.

Initially designed for medical device, this technology captures high-contrast maps of finger veins from an image obtained from light transmission, with the help of artificial intelligence, and matches them to the pre-registered vein patterns to authenticate the identity of an individual.

At that time, the company, Hitachi Omron Terminal Solutions, Ltd., believed that their system made forgery very difficult because it was the only type of authentication methods that used internal physiological characteristics that are invisible externally and hard to reproduce.

Fast forward, in December 2018, German researchers reported that they were able to hack this particular security system by replicating a human hand's veins by using off-the-shelf materials.

So here is yet another example of the never ending cat-and-mouse game played by technologies and hackers.

How can QFD / ISO 16355 help to build-in better security designs during the produce development process?

Here are some possible charts that may be used:

More details on such QFD Security Deployment process are explained at qfdi.org

Also, the QFD Institute is now developing these new tools for training in a number of industries including health care and IT products and services.

Today security concern is everybody's business today, not limited to the responsibility of IT and engineering, since a single security breach could wreck an otherwise well-designed new product or a business plan.

To begin your journey to understanding how ISO QFD tools could be useful for your work, we invite you to the upcoming training.

The QFD Institute and International Council for QFD are issuing a Call For Papers / Call For Speakers, for the 25th International Symposium on QFD (ISQFD'19), scheduled for September 6–7, 2019 in Boise, Idaho USA.

Interested parties are invited to submit a draft paper by February 1, 2019.

We look forward to your participation.


Internationally acclaimed introduction to the cutting-edge modern QFD and ISO 16355, the QFD Green Belt® Course will show ways in which Quality Function Deployment (QFD) can solve issues you face in product, service, software, and process development, as well as help identify innovative solutions and new opportunities.

Fall 2018 Public QFD Course for You


In response to many inquiries in recent weeks, we have just added another public course on our calendar this fall.


Internationally acclaimed introductory to Modern Blitz QFD® and ISO 16355, this course is designed for businesses and people who wish to learn the cutting-edge best practice for agility, innovation and leadership essential to compete in today's global market.

The curriculum incorporates the latest advancements in quality, design, and project management. Some of the topics that you will learn in this course include:

We look forward to having you in this course.
For questions, please contact us.

We look forward to welcoming you in this class.

The prestigious 2017 Deming Prize was awarded to CEAT Ltd. of India, for their business transformation and Total Quality Management implementation.

The first non-Japanese tire company to win this recognition, the CEAT management and employees have spent nine years to win this honor, and their quality effort still continues. 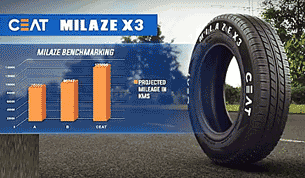 
"You (QFD Institute) have been very instrumental in building the fundamental understanding on customer insighting and Blitz QFD® and inspiring our people especially in marketing and R&D for working on product development in a TQM way, which enabled our people to become more customer-centric.


"Our customer Insight, QFD and Product Development process played a very important part in achieving our strategy and also appreciated by the Deming Prize examiners. As we look back on our journey we can cherish the great new initiatives we began, which provided momentum to continue on this path year over year."

The custom-tailored Blitz QFD® New Product Development methods enabled the CEAT team to align both the marketing and engineering functions in new product development and to seek out opportunities to beat the competition where it matters most to the customer.

Read more about this...

The 2017 International Symposium on QFD (ISQFD) was held in September 2017 in Tokyo, Japan.

The essence of QFD is to assure quality in new "creations" by bringing the affected stakeholders together to discuss their priorities before resources are committed.

What the Tokyo symposium reflected is that the "creation" is not limited just to products and services offered to consumers, but can it also include strategies, business models, educational structures, testing and validation processes, human resources, and so many other applications —to "get it right, the first time."

Let us share the papers and case studies from around the world that were presented at the 2017 ISQFD. They clearly demonstrate how broadly QFD can be defined in the modern world.

To read synapses of these papers, please visit the QFD Institute newsletter.

Again, the highlights of these presentations can be found at this QFD Institute page.

The 2018 ISQFD is planned in Hong Kong, China. You can receive information about it, including Call For Papers and symposium details, by subscribing the free QFDI Newsletter.

Meanwhile, you too can start using the ISO 16355 Modern QFD tools for your project and jobs by acquiring the solid skills in the QFD Green Belt® and QFD Black Belt® Courses.

We invite you to two upcoming training opportunities, one in EU and another in USA.


Both are ISO 16355-infused Modern QFD training. They have workshop components. This means that:

The QFD Institute's QFD Green Belt® Certificate Course is part of the international program in QFD education, and it is the only QFD curriculum authorized by the late Dr. Akao, founder of QFD.

For questions, please contact the QFD Institute. We look forward to having you in these classes.


17th - 18th January, 2017
from 8:30 to 17:00 on both days
Tallinn, Estonia
We are pleased to bring this exceptional learning opportunity in partnership with the Estonian Association for Quality (EAQ).

Please join us in this Modern Blitz QFD® and ISO 16355 workshop for innovation, new product development, and business process design.

This 2-day course will be taught in English by Glenn H. Mazur, the world's leading expert in the theory and practice of Quality Function Deployment (QFD) and the new ISO 16355.

To attend, reserve your seat in this class, or to inquire, please contact QFD Institute or EAQ office (our local partner) now.

This course will be held at Estonian Entrepreneurship University of Applied Sciences (Eesti Ettevõtleuskõrgkool Mainor; address: Suur-Sõjamäe 10a, Tallinn, Estonia).

We look forward to welcoming you in this class.

As always, please contact us if you have questions about this course, other training dates, or QFD ISO 16355.


Compliance with ISO standards is a critical issue in today's global marketplace. ISO compliance assures that customers and suppliers are speaking the same "language," managing expectations, and agreeing on standards of performance.

For those responsible for product development, compliance with the new ISO 16355 is highly critical. This standard includes today's state-of-art QFD best practices, which have long evolved from the familiar House of Quality made popular in the 1970s.

The impact of this standard is huge, and providers of goods and services who comply will have a tremendous advantage in the marketplace.

Quality professionals including Six Sigma, Lean Sigma, DfSS, and DfLS are uniquely qualified to implement this standard. Many of the methods and tools you use to improve your internal operations can now be re-purposed to improve your customer's operations and products. This shifts the financial impact from cost reduction to revenue creation, an almost unlimited opportunity.

Now is the time to get ahead of your competitors on ISO 16355 compliance.

Two public courses are coming up, taught by the convener of the ISO 16355 Working Group.  We encourage you to take advantage of this opportunity.