What is Maximum Value Table?


Maximum Value Table (MVT) is one of the powerful tools in Modern QFD that is explained in the ISO 16355 standard. Below, let us share an excerpt from a recent QFDI newsletter, describing the purpose and role of the MVT and why it is important to master this tool before attempting a House of Quality matrix.

. . . . . . . . . . . . . .
Maximum Value Table lets you deploy the same focused of voice of customer analysis as the House of Quality (HoQ) matrix does, but with greater speed, efficiency, and focus. It is an invaluable tool when budget, manpower and development time are limited.

Its purpose is to deploy only the highest priority Customer Needs into a solution design, build, and commercialization such that every necessary action to satisfy those needs is taken by each and every relevant organization department in a timely and quality way. No step must be overlooked. This is how customer satisfaction with the new product is assured.

The MVT is not constructed in one meeting, but it is populated as the design progresses, with each department adding its information in reflection of prior entries and in anticipation of later entries. It creates a traceable record that illustrates how every necessary action to achieve customer satisfaction has been sufficiently performed.

It is important to appreciate that only with a true multi-functional team can all of the MVT columns get addressed.  This forces cross-functional collaboration toward a common business goal. This is exactly how it assures the final shipped product will satisfy the highest priority customer needs.

Which should we use, MVT or HoQ?

The columns of the MVT are indicators of what, if any, QFD matrices from the Comprehensive QFD toolset described in the eight parts of ISO 16355 may be useful for more detailed analysis.

A QFD matrix is an effect-to-cause relationship matrix between two data sets. This means that any two MVT columns that share a relationship could be juxtaposed into a matrix that would indicate the strength of the relationship and transfer the weights of the rows into weights for the columns.

As such, the MVT can often replace the HoQ when resources are constrained. Alternatively, the MTV can be used to model which Comprehensive QFD matrices are needed. There is no penalty to doing the MVT first, because by definition, the highest priority information derived from QFD matrices should already be in the columns of the MVT. A well executed MTV is more valuable than a poorly or partially deployed HoQ matrix.

Where can I learn the Maximum Value Table (MVT)?

The Maximum Value Table (MVT) is taught at the QFD Green Belt® training.

Most attendees are able to begin using this fabulous tool in their work, once they get with it through hands-on practices in the class.

Transferring the Customer Need weights into Functional Requirement weights in the HoQ is conventionally done using Independent Distribution calculations (in Excel this function is called SumProduct). These calculations do not support the use of ordinal scale numbers, which was inherited from the 1960-70s Japanese QFD in the pre-computer era. In the late 1980s, the QFD math was upgraded to more precise ratio scale numbers based on the analytic hierarchy process (AHP) and other best practices from Multicriteria Decision Making theory. This upgrade is now taught in the QFD Green Belt® training (including Excel worksheets) and guidance is detailed in the ISO 16355-5:2017 standard.

March 19–20, 2019
Online Brochure
PDF Brochure
NOTE:  In light of the current COVID-19 situation, this in-person workshop has been postponed and to be rescheduled. Online training option may be available; please contact the QFD Institute for details. 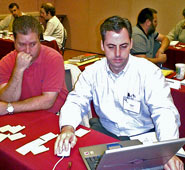 Registration
To attend, please use one of these registration forms:

If you have difficulty downloading the forms, please e-mail to QFD Institute, and we will send you the form as an attachment file. 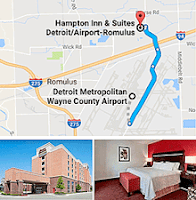 For the course details, please visit this page.